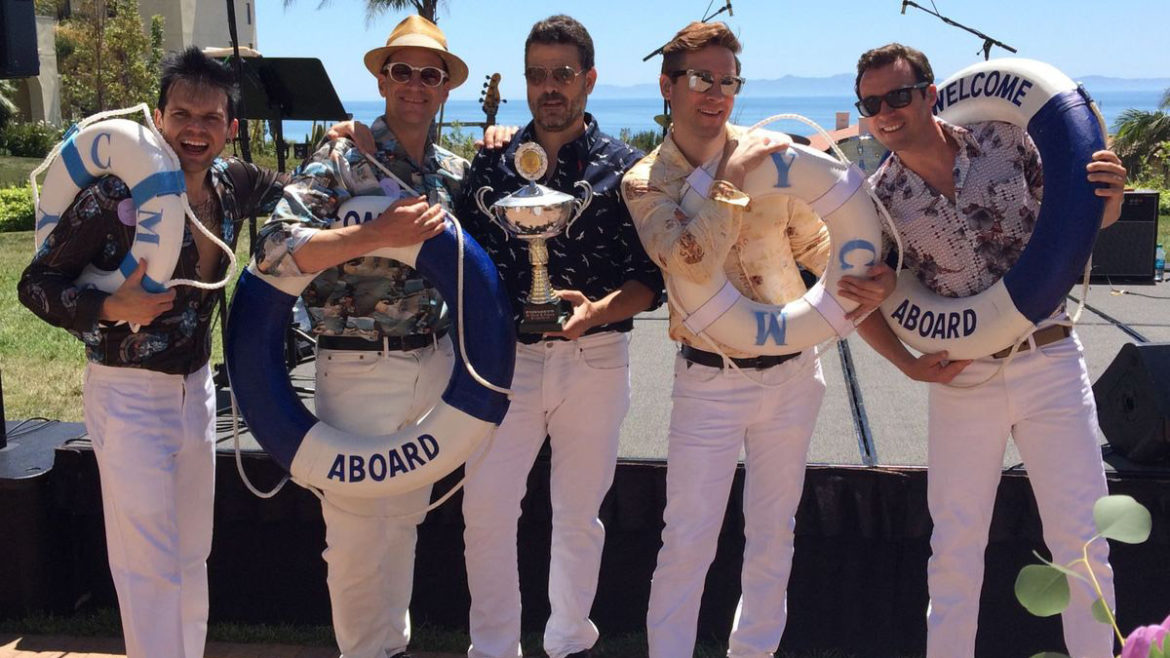 VIPs Entertainment write up in The Beach Reporter!

“We weren’t making much money, but people were calling, ‘Hey, I’m getting married. I want to hire the band’… almost every weekend we were doing something like charity and community events,” recalled Tober, a Manhattan Beach resident.

But Tober realized they could only go so far with that act, a full evening with guys in 80s costumes, after booking a wedding with a high profile wedding planner. So Tober came had an idea: how about forming another band, with suits and ties, to open for The Young Guns? That was when The VIPs Band was formed, playing anything from Frank Sinatra to Bruno Mars.

“It was hugely successful. All the guests thought they hired two bands… I thought, ‘I had these two bands, why can’t I develop other bands?,” Tober said.

Now his company, VIPs Entertainment, features a stable of bands that covers most genres of music. In addition to his cornerstone bands, The Young Guns and Uptown Live, in which he still performs, there is Studio 54, a disco band; Members Only Yacht Club, which performs soft rock from the 70s and 80s; Come Fly With Me, a tribute to jazz, swing and big band music; Bayside High, a look back at 90s music, from Britney Spears to the Backstreet Boys; as well as British Invasion and Motown acts.

Tober is a South Bay native, born at Torrance Memorial Hospital 36 years ago. He grew up in San Pedro and attended the Hamilton High School Academy of Music and the British American Dramatic Academy before attending USC on a jazz singing scholarship. He graduated as a theater major before performing in such shows as “Rock of Ages,” “Joseph and The Amazing Technicolor Dream Coat,” “Jesus Christ Superstar,” “Grease” and “Singin’ in the Rain.” He also released an album inspired by standards, “From the Start,” in 2009, and acted in TV shows from “Dexter” to “Days of Our Lives.”

Tober wanted to use some of that theater experience with his new company.

“They are machines that work because you literally are playing a role and if you can’t do the role there’s someone right there to be plugged in,” Tober said. “So why not take that concept and do it in the band form? So if I put you in a blonde wig and tights and a ripped T-shirt… why can’t I find some awesome singers that are available and willing to work as contractors and come and do that any night of the week?”

Tober said he tries to capture that era with the performers and the costumes.vips.band.shot1

“It’s really fun to play dress up,” he said. “It’s the closest thing to theater.”

Most of his company’s gigs are weddings, along with charity and corporate events, but The Members Only Yacht Club will perform for a public audience Friday, July 1, at the South Coast Botanical Gardens in Palos Verdes prior to a sing-a-long with the film “Pitch Perfect,” and The VIPs perform at an El Segundo Automobile Driving Museum beer tasting event Thursday, July 14. 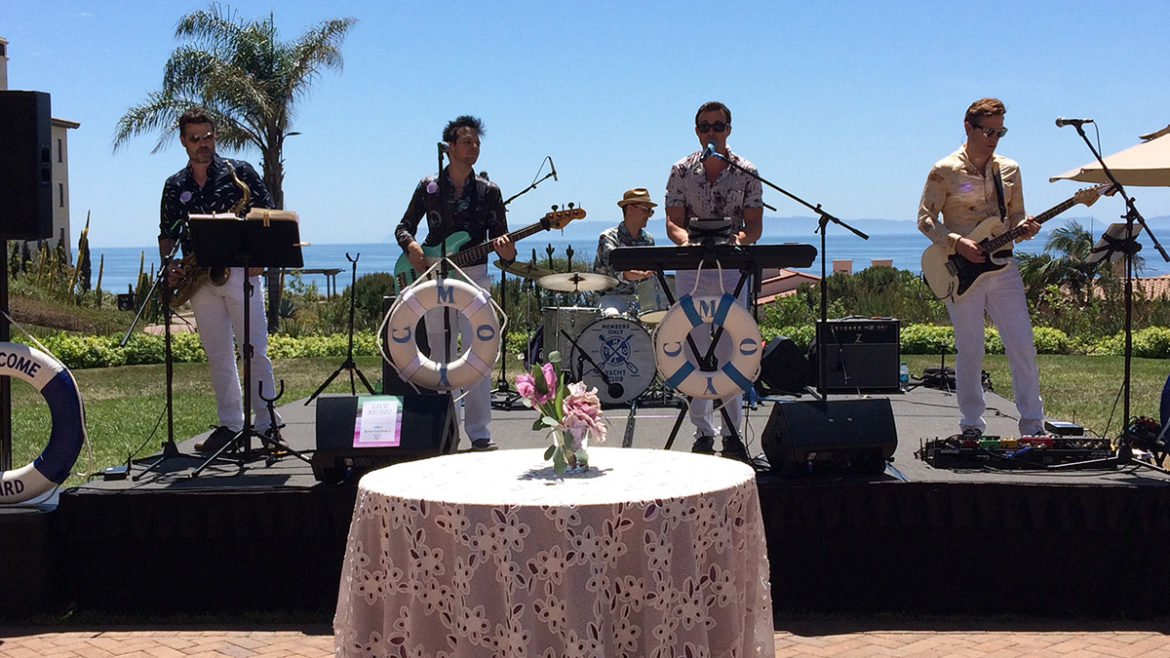 Wedding & Event Heroes and we held our 3rd Annual “Hero” Event on April 19, 2016 at the Terranea Resort in Rancho Palos Verdes, California on a sunny, warm spring day.

We named our group Wedding & Event Heroes because we feel it’s important to be able to save the day and save the event in case any unusual circumstance arises. We believe in sharing best-in-class ideas about how to work together, plan and create a perfect event with our vendor colleagues.

This year’s theme was the “Wedding & Event Heroes Master Class” where we all shared keys to building a successful business in our industry. Our past events focused on saving the day during a particular event, but this year, we wanted to share how to build a wedding and event industry business successfully.

During the brunch our guests dined on scrumptious food prepared by Terranea’s excellent chef and catering staff, we had three mini breakout sessions where guests learned some new hands-on skills.

At Flower Duet’s breakout hands-on flower station, Kit Wertz and Casey Schwartz teamed up with Ida Gardner to talk about the importance of teamwork – especially when oftentimes one works with new vendors every week for different events.

Dish Wish and Miki & Sonja Photography demonstrated to event planners how to style a table using a plethora of dish options to make Instagram-Worthy Tablescapes and how to shoot them with their phone cameras. Each guest had the opportunity to style their own mini table top design with dishes, napkins, glassware, sliver ware and flowers on the table.

And, when guests arrived, they learned how to take their event social with a viral photo booth by Smile Lounge Photo Booth.

During the presentation hour of the “Master Class” five of our WEHeroes presented key takeaways for our guests to help protect their businesses and help them grow.

From how to hire employees that fit your business model from VOX DJS, to how to evolve a partnership from Copper Willow Paper Studio. Made By Meg presented the essentials for food safety for on-location events and Design Visage explained the difference between an employee and an independent contractor. VIPS Entertainment talked about the importance of protecting your Intellectual Property to insure that what is yours, stays yours.

After the presentations, guests dined on more scrumptious desserts provided by one of our newest members, Vanilla Bake Shop.

Another new member, Impressive Creations, created a fabulous video from the event which you can watch below.

We were also grateful for linens were generously donated by Luxe Linens and chairs were donated by Chameleon Rentals and Classic Party Rentals.

And of course, we always truly appreciate the continued hosting and sponsorship of Destination Hotels, Terranea Resort and its wonderful catering team! 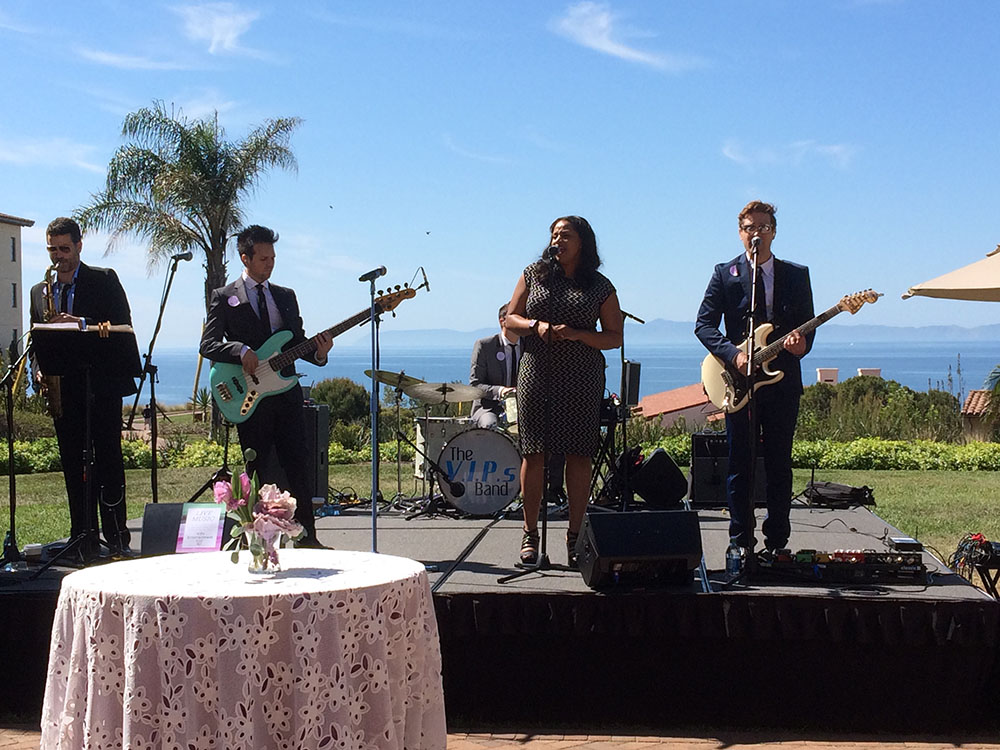 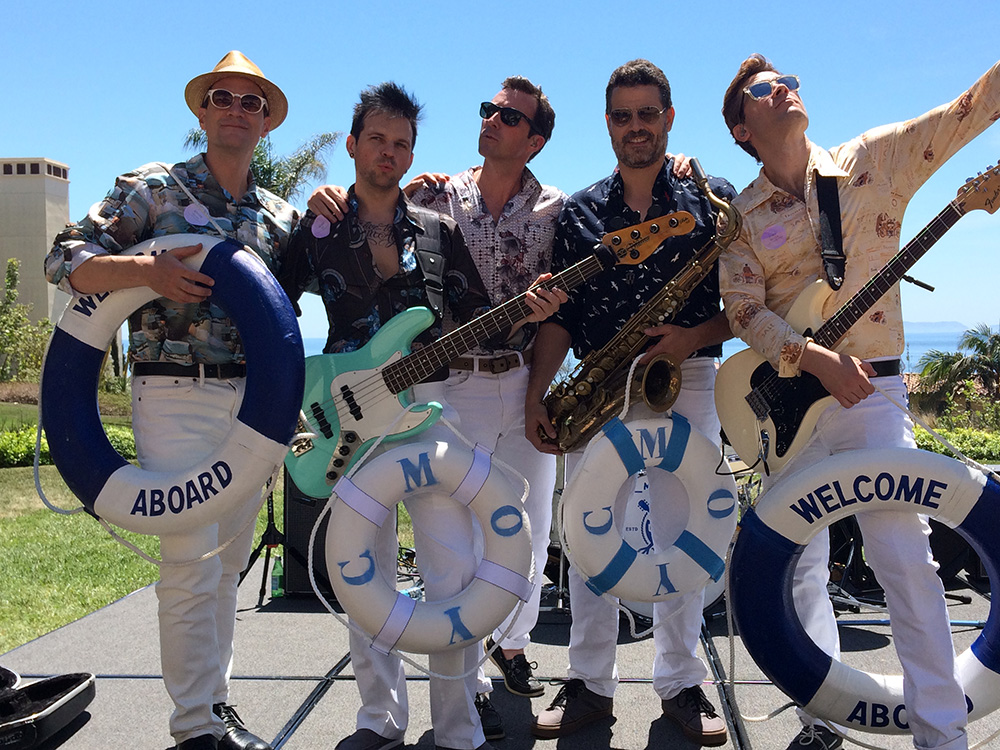 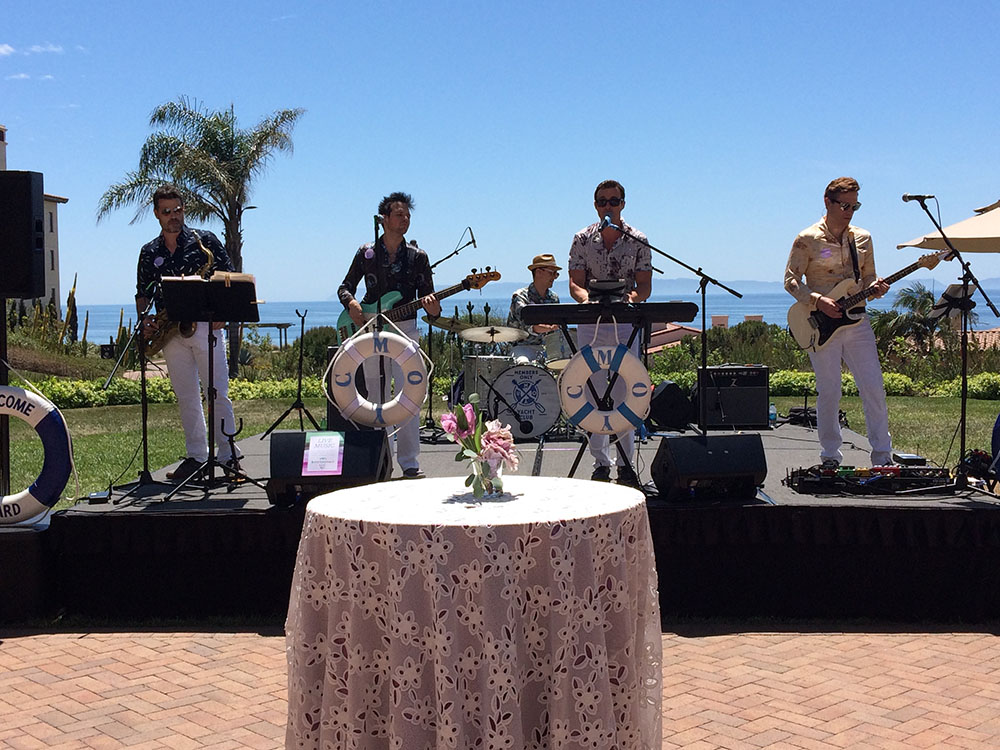 Here are our Wedding and Event Heroes Members:

Impressive Creations created this video of the event that gives you a little taste of what each guest learned that day: 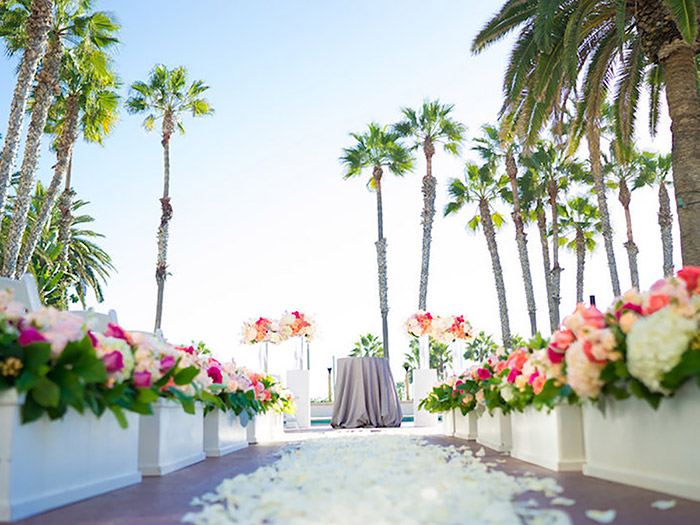